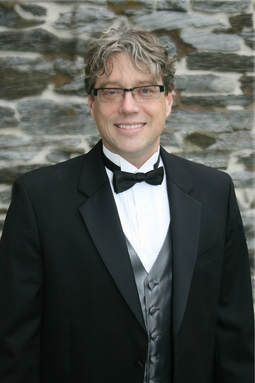 Sean Hackett is the Artistic Director of the Lebanon County Choral Society as a whole, and the Adult Chorus in particular.
Sean has been the director of choirs at Conrad Weiser High School in western Berks County for more than twenty years. He holds Bachelor's degree in Music Education from Lebanon Valley College, a Master's degree in Vocal Performance from West Chester University, and a Master's degree in Choral Conducting from Messiah College.
As current Artistic Director of the Lebanon County Choral Society, he has conducted the Pinkham Christmas Cantata, parts I and VI of Bach’s Christmas Oratorio, and Mendelssohn’s Elijah.
Sean is also the director of the Hershey Symphony Festival Chorus. In 2015 he prepared the chorus for its inaugural season’s performance of Beethoven’s Ninth Symphony, and is currently in rehearsals to perform Verdi's Requiem.
In addition, he was the artistic director of the Cumberland Singers for several years and has guest-conducted various area choral ensembles. As a member and occasional soloist with the Susquehanna Chorale, Sean has performed several major choral works with the Harrisburg Symphony Orchestra. He has served as an adjunct professor at Alvernia College and is a regular cooperating teacher for Lebanon Valley College and West Chester University. Sean also plays the guitar for the informal service at St. Luke’s Episcopal Church in Lebanon.
Sean served as interim Artistic Director of the Lebanon County Choral Society Adult Chorus during the 2012 - 2013 season. 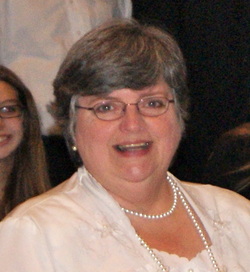 Karen Umberger is the Artistic Director of the Lebanon County Choral Society Youth Chorus (formerly the Children's Chorus) and has held this position since its inception.
Karen is a Summa Cum Laude graduate of Lebanon Valley College and holds a Bachelor's degree in Sacred Music with a concentration in Organ Performance. She has been a church organist for various churches in and around the local area as well as Conference Organist for the Penn Central Conference of the United Church of Christ since 1994. Presently, Ms. Umberger is Director of Music Ministry at St. Luke's United Church of Christ in Lititz, PA. Ms. Umberger is also the Assistant Director for Kindermusik, Lebanon Valley College, Annville. Since 1980, she continues to provide private piano instruction as well as accompany soloists and ensembles for performance purposes.
In addition, Karen served as interim Artistic Director of the Choral Society from 2009 - 2010, currently serves as the Assistant Director of the Adult Chorus, and is the rehearsal accompanist for the Adult Chorus.